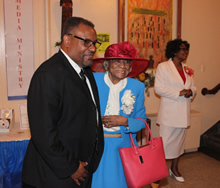 Rev. Hartsfield, II has formally been in the ministry for more than two decades.

Rev. Hartsfield, II accepted God’s call into the preaching ministry in 1982. On January 16, 1983, Rev. Hartsfield, II preached his initial sermon at Metropolitan and quickly emerged as a sought-after preacher locally and across the country.

During this tenure, he also has served in a variety of ministry roles within the institutionalized church. He was an assistant pastor at First Mount Pleasant Baptist Church before becoming its pastor. While living in Atlanta, Rev. Hartsfield, II was also minister of music at Linden Short Institutional CME Church and Calvary United Methodist Church. As an associate minister of Metropolitan, Rev. Hartsfield, II served as the minister of evangelism.

In addition, Rev. Hartsfield, II has served in a leadership capacity for various para-church organizations. He was president of the Youth Convention for the National Baptist Convention of America, Inc. He also founded a church collaboration organization in Atlanta. He was a ministry partner with the Congress of National Black Churches during its existence.

Rev. Hartsfield, II’s ministry gifts are most evident in preaching and teaching God’s word and also as an accomplished musician and songwriter.

Rev. Hartsfield, II is the CEO of Field of Hearts Productions, a musical production company that began as joint venture between between he and his wife.

In 2009, Rev. Hartsfield, II became the first professor to be installed to the Fred E. Young Chair of Hebrew Bible at Central Baptist Theological Seminary. During its spring convocation, Rev. Hartsfield, II delivered the E.A. lecture The Bible Addresses Challenges of Urbanization: Hebrew Bible Foray into Selected Theological Issues, prior to the official installation ceremony. Fred E. Young served as Academic Dean and Professor of Old Testament at Central for 33 years. Dr. E.A. Freeman earned every degree offered by Central, was the first African-American to earn the Th.D., and first to serve on Central’s Board. Both Freeman and Young were firmly committed to theological education and racial inclusion. Rev. Hartsfield, II shares and builds on their commitment, especially to social justice issues related to urban congregations and their communities. 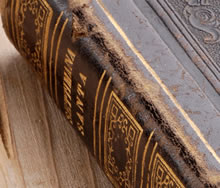 His educational credentials consists of a Bachelor of Arts in Music from the Conservatory of Music and Bachelor of Arts in Psychology from the University of Missouri-Kansas City, the Master of Divinity from Interdenominational Theological Center (ITC) and an earned Ph.D. in Hebrew Bible from Emory University.

During this educational trek, Rev. Hartsfield, II has been listed in the Who’s Who among undergraduate and graduate students. Hartsfield, II was also inducted into the Omega Psi Phi Fraternity, Incorporated. 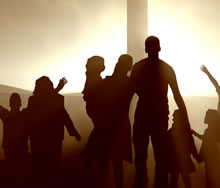 Rev. Hartsfield, II has had the privilege to serve as instructor and professor at Morehouse College and Interdenominational Theological Center.

Future aspirations of Rev Hartsfield include both writing for the African-American church and teaching at the university level. 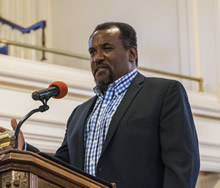